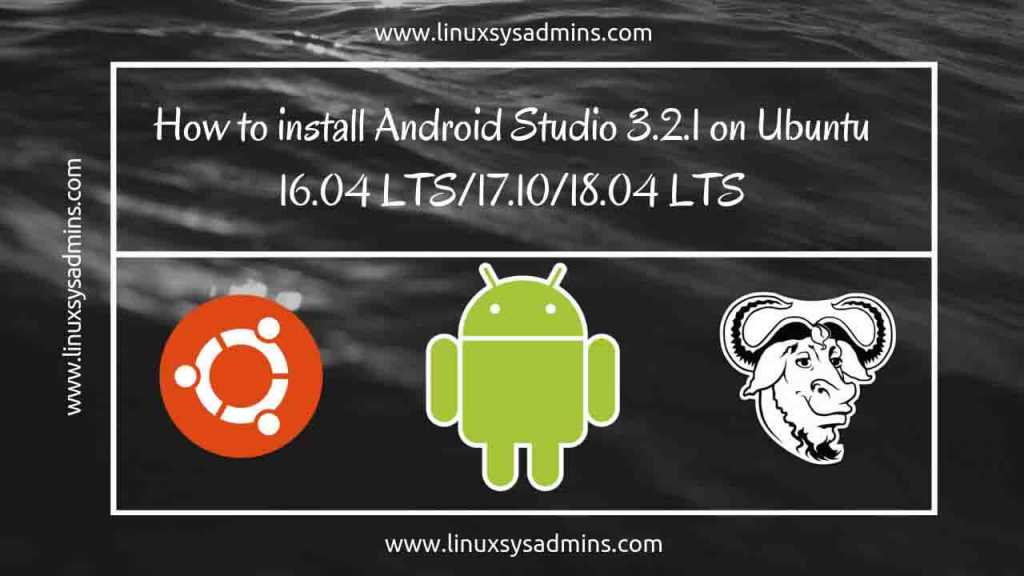 Hello, fellow Android enthusiasts, you can install “Android Studio” on Ubuntu 16.04/17.10/18.04 by not just one method we have multiple ways to install it. Android Studio is the official integrated development environment (IDE) for Google’s Android operating system which specifically designed for Android development. Let see how to perform the installations on Ubuntu Linux.

We about see how to perform an installation of the Android studio using the following methods:

Before starting with Android studio we need to resolve the required prerequisites and dependencies, Verify and install the Java if already not existed in your server.

We need to have a JDK package as well.

One of the simplest ways to install android studio is via snapd from CLI, Simply see the below installation method using  snapd utility:

After installing snapd, you can install android studio by the following command with “–classic” option.

In case if you are not familiar with running multiple commands using terminal another easiest way to install the Android studio can be accomplished from Ubuntu Software Centre. Before installing from Ubuntu Software centre just refresh the repositories using “apt-get update” from the command line.

To get the up-to-date package and make sure to get from a trusted source we can download and install Android studio from the official website by clicking on below URL.

Unzip the downloaded zip file. In my case I am extracting it in /opt directory:

You can see below that it has been extracted successfully under /opt. By following navigate to the extracted directory and run the “studio.sh” script to start the installation.

Now the android studio is initializing for the first time.

During the setup wizard, it will download the necessary components, Once done with it you can use the android studio and get back to the work.

Finally, Click Configure -> Create Desktop Entry, to create an entry on the dashboard.

Now you can access the android studio by searching it in applications.

Ubuntu makes is a command-line tool will allow us to install developer tools in our servers. Ubuntu Make is already included and available from official Ubuntu repositories.

For this the version of umake version 16.05 is required, you can verify the version by running the below command.

If not then simply install umake by the following process by adding PPA repository and refreshing the repo.

Time to grab some coffee as it will take some time to download and install the android studio for you.

You can install android studio by any one of the above methods, And start working on amazing projects. Hope this helps you to set up Android Studio on Ubuntu Linux. Subscribe to our newsletter to keep up-to-date with our upcoming articles.

iThere are no comments