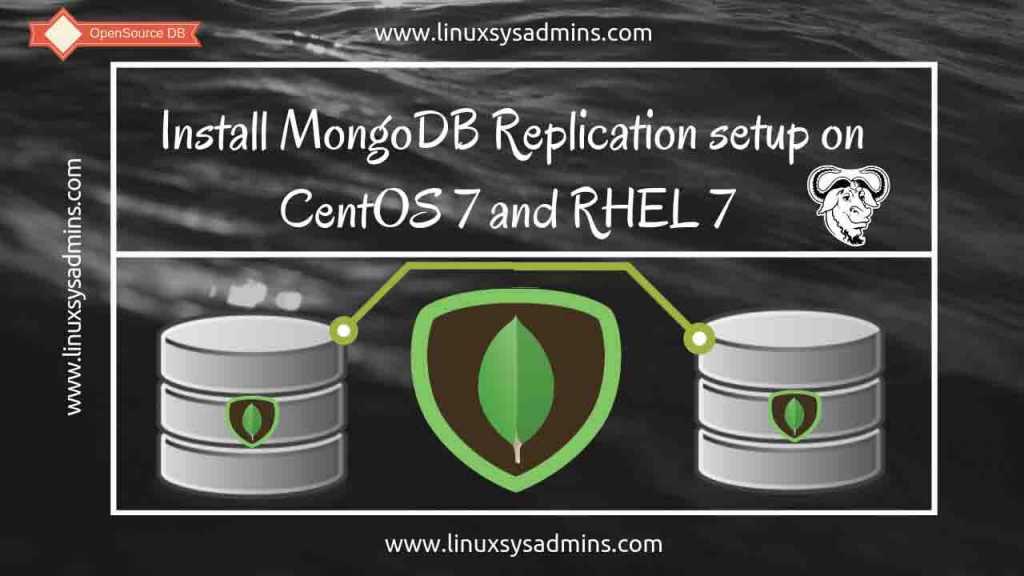 In our previous guide, we have gone through how to install and configure MongoDB on CentOS / RHEL 7 servers. By following in this guide we are about to set up redundancy and high data availability of MongoDB., MongoDB provides a functionality known as a replica set. Let us start to build a MongoDB Replication setup in our test environment.

What is MongoDB Replica?

Replica sets are basically multiple mongod processes running on multiple servers that maintain the same data set. The replica set can have a minimum of three nodes. These multiple nodes in a replica set play different roles and all together forming one replica set.

Roles in the replica set

Primary node: It is the master server of the replica set and all the read and write operations will be performed on it.

Arbiter: Most Importantly this will not hold any copies of data, only votes in elections to decide which node will be the next primary. Commonly used in infrastructures where multiple secondary nodes are contesting to become the next primary, this will help in reducing the election time.

For demonstration purpose, we will configure at least three servers with instances.

Out of these three, one of them will become the primary node and the remaining two will act as secondary nodes.

Verify IP Address across all the servers using “” and make sure to add localhost entry in “/etc/hosts” therefore we can avoid name resolution issues.

We will configure it as follows for all three nodes:

Note: You can name the replica set of your choice but it must be same across all members.

We can now access the MongoDB via mongo shell to initiate the instance and add replica set members. You can access mongo shell by simply typing the below command on any one of the above servers.

We can see the confirmation that the operation is successful as:

We can check the current replica set status in mongo shell by:

To check the status of any node and it’s primary or more information, simply type the below command:

From this, we can see that our replica set has been initiated successfully. And below roles have been assigned to current replica set members:

From the shell of server MongoDB-server-1a:

To test the high availability feature of the replica set, if the primary server goes down or becomes unavailable for whatever reason, there must be an election and as a result one of the secondary servers should become the new primary.

In my case, myself intentionally stopped the mongodb-server-1a, thus making the replica set to hold an election and as a result of this mongodb-sever-1c becomes the new primary.

Note:  While in an election, the process by which one of the secondary nodes is chosen to become the next primary node is based entirely upon the M algorithm and it chooses the best option out of all nodes at that point in time.

As you can see that after the election -server-1c becomes the new primary node of the current replica set.

That’s it we have successfully tested and confirmed everything in our MongoDB Replication setup working as expected.

We have successfully deployed a highly available MongoDB cluster (MongoDB Replication) which has three nodes, one is a primary node and the others are secondary nodes which are in sync with the primary node and maintain the same data set to provide reliability to our database infrastructure. Subscribe to our newsletter to read more about MongoDB articles. Your comments are most welcome.