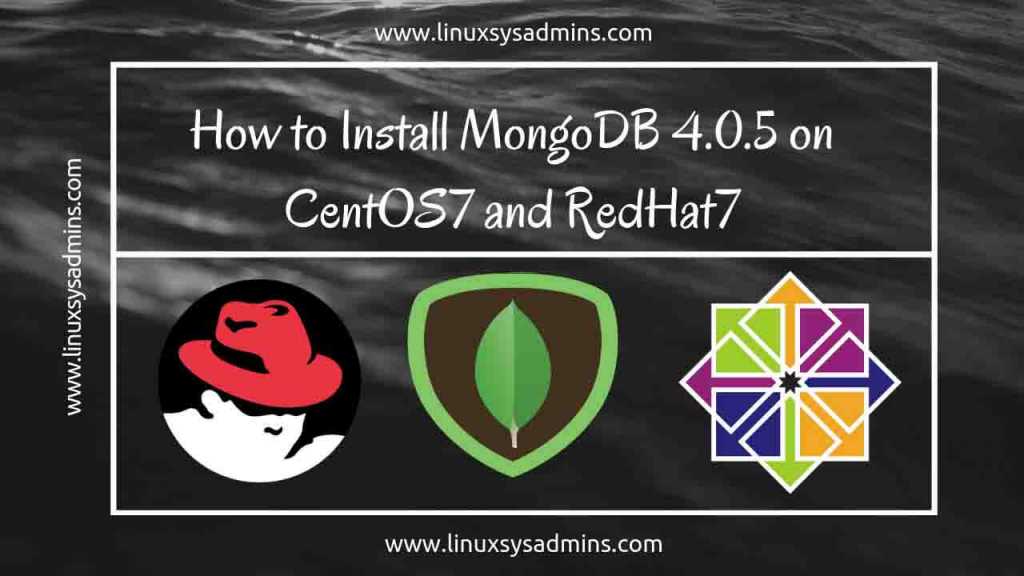 How to Install MongoDB 4.0.5 on CentOS7 and RedHat7

Install MongoDB on your Server in short span of time. MongoDB is a cross-platform program, commonly referred to as a document-oriented database. It uses a JSON-like documents format. MongoDB has written in C+, Python, Go, Javascript languages.

MongoDB is one of the leading general-purpose database platforms. It was designed keeping in consideration of developers and their application needs to truly unleash the power of applications that they build. The company adopted an open-source development model in 2009 and began offering commercial support in 2013. Red Hat used MongoDB on most of its products, They have dropped using MongoDB on Debian, Fedora and Red Hat due to change in licensing part.

This tutorial guide only supports 64-bit systems. However, you can get information about various supported platforms, here.

Supported packages are included in their MongoDB repository. It contains the following packages:

Add the following in the newly created repo file:

After successfully creating the required repo file, you can begin installation and verify the installed version by the following command:

After installing the MongoDB package, you can configure it as per your need. Configuration file location (default): ‘/etc/mongod.conf’

Through this process, the default directory paths are created as above and the owner and group for these directories are set to “mongod”.

Now you can either copy the downloaded binaries into a directory which is already set as your PATH variable i.e /usr/local/bin or

Modify your user’s PATH environment variable to include this directory like edit your shell’s initialization script (e.g ~/.bashrc):

For this replace with your extracted MongoDB archive path respectively

Through this process, the default directory paths are not created. So you can create them as follows:

By default, MongoDB runs through mongod user account. So after creating user “mongod”, set the owner and group of these directories as follows:

To use Non-Default locations

You can also edit the MongoDB configuration file i.e /etc/mongod.conf and set the DB path and log path as per your requirement.

After successfully installing the MongoDB, start it by the following command and make sure to persistently start the service during reboot.

Start using MongoDB via mongo shell on your machine as the user and it will be running in port on 27017 by default.

In case if you found any bug in MongoDB you can submit your bug report through below URL.

You can install MongoDB server by using any one of the above-mentioned methods. In the up-coming tutorial, we will cover the replication in MongoDB and also about backups and restore procedures. So make sure to subscribe to our newsletter and begin your journey to become a MongoDB expert.

iThere are no comments