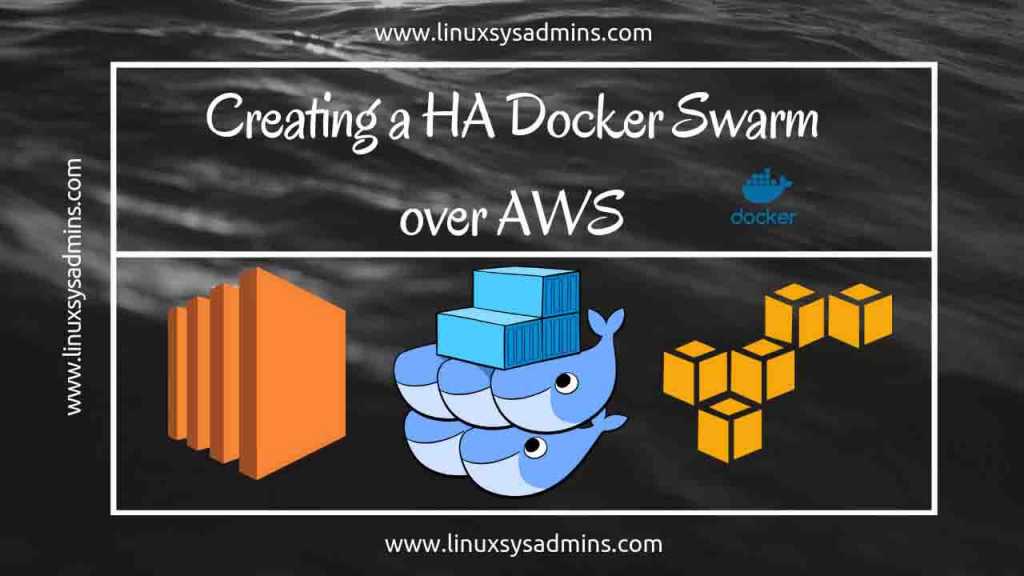 In this post, we will be discussing Docker Swarm creation over AWS. As we all know, Docker is a technology that allows you to build, run, test, and deploy distributed applications that are based on Linux containers. More often, distributed systems are given preferences over standalone production containers. There are various advantages of running multiple containers to ensure reliable scheduling of services and improving CI/CD gaining immutability.

Docker Swarm came into existence with 1.12 docker release. This release has provided the capability of clustering one or more physical/virtual machines together called a swarm. The swarm comprises of two types of machines called nodes,

In AWS, a few things are already present to set up the docker swarm.

A. Default VPC in any region to provide the network for connected EC2 instances with two or more subnet. In this post, we have used the Singapore region.

B. AWS EC2 instances (t2.micro) launched with Amazon AMI installed with docker. Two AutoScaling Groups, one for Manager nodes and one for worker nodes, with a common ELB.

C. Add SecurityGroup rules to these instances providing, HTTP port 80 to 0.0.0.0/0 and SSH port 22 to your public IP. Use this to get your IP details.

To design the docker swarm architecture for AWS, I have used cloudcraft because its free to use and I am using it for day to day work. You can go for alternate options like creately and draw.io as per your interest and convenience.

As you can see in the diagram, our architecture comprises of 3 Manager Nodes (in different AZs) and 4 Worker nodes.

Let’s start with the above in AWS Singapore region by creating the AWS EC2 instances. Feel free to take help from AWS Documentation to create EC2 instances in different AZs, configuring security groups and ELBs. Installing Docker in AWS-EC2 instances

Run the following commands on all EC2 instances to install docker:

On all the manager nodes, run the command to add to docker swarm,

To add two additional managers to your swarm, run the command,

To add worker nodes, get the swarm token from the manager node by running this,

And add the resulting command along with the token on the worker nodes.

To verify the docker swarm status after each node addition, run the command on any manager,

To test the docker swarm lets create an Nginx service as

And check out the ELB status over the manager where you ran the above. It gets changed from unhealthy to healthy as the root location is now filled with Nginx’s default page.

If you want to tweak a little bit more, scale this service out,

And check the ELB Targets again, gradually all will appear as healthy and each one redirecting to Nginx default page.

This is how Docker Swarm can be created and managed at a small scale. To manage this over a large scale, some CloudFormation Template writing skills can help out more along with AWS SSM Run command.

In the upcoming posts, we will see what are the docker metrics we can use to analyze the docker containers, how to get the visualization of important metrics using Grafana and Prometheus and a lot about AWS.