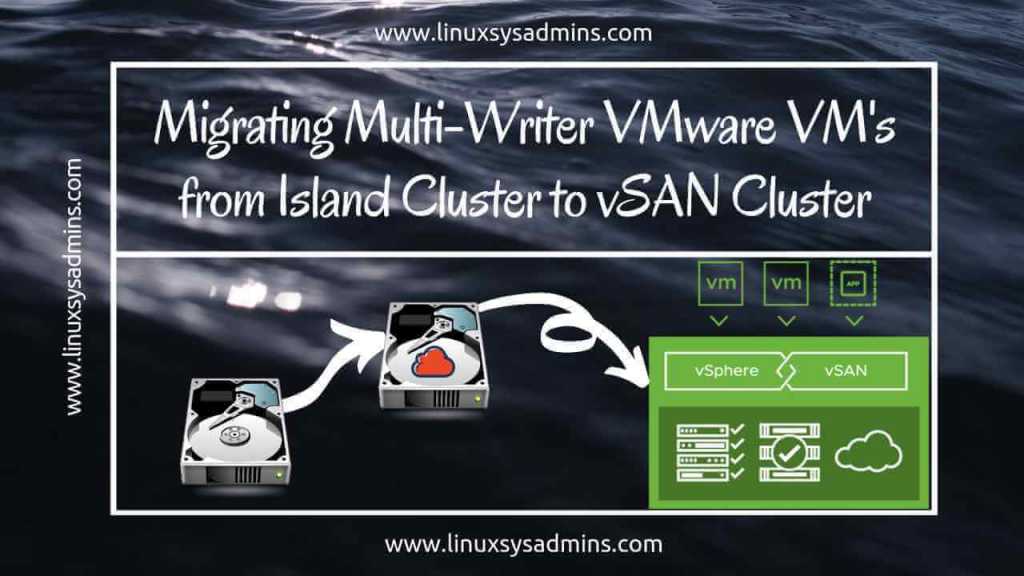 By following below guide we are good with migrating multi-writer disk VM’s from Island cluster to vSAN, make sure to not skip any steps. During this migration, we will have some limitations on VMware during disk migration. so we are required to migrate the disk under a traditional data store, Then move to the appropriate data store.

Short Description of the VMware limitation during migrating multi-writer disk

In vSAN, by default, the data-store will be thin provision.

While performing below we should not delete anything, only un-attach and keep a note of it.

Back to the primary node and edit the settings to change the option “multi-writer” to “No Sharing”.

Migrating from island to vSAN

Bring Up both the nodes after Migration

That’s it, we are done with migrating island clustered Virtual machines to VMware vSAN cluster with multi-writer disks.

Migrating a Virtual Machine with a multi-writer disk from Island cluster to vSAN cluster in VMware environment.