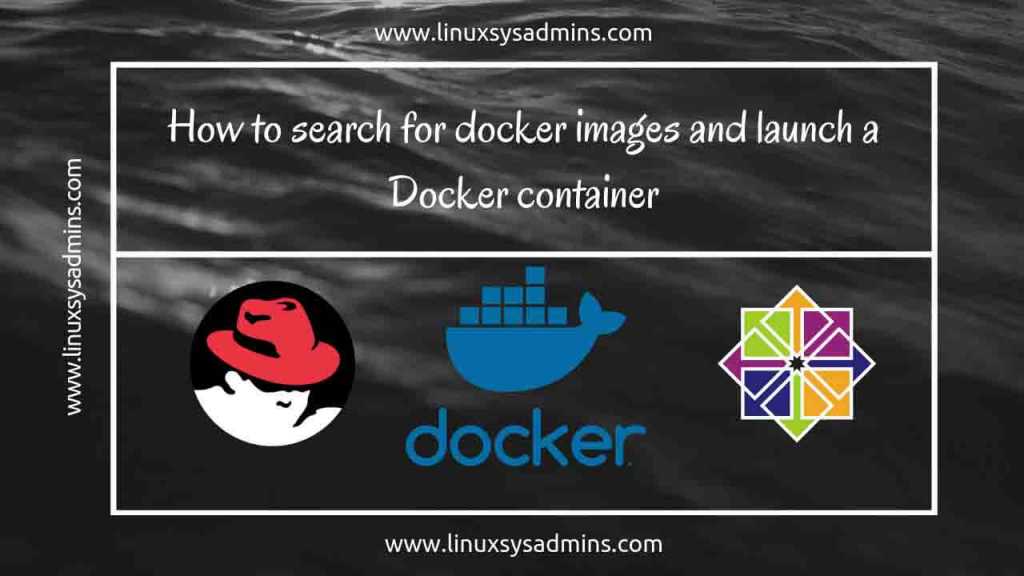 Docker Images: In our last guide setting up Docker on RHEL server have been covered. Let’s now start to use docker by searching for existing images and run with a container.

Docker command has several options and arguments. Using those all options under the required circumstance is necessary while we about to launch containerized services.

Now we are about to know only how to do a search for images, how to download those images and how to launch a container from the downloaded images. Assume you need two versions of Nginx web servers to deploy with the legacy application and latest one. Let find the image and launch two containers for our requirement.

Start to search for a docker image, In the list, we will get the official and most trusted image file in the first line.

[stextbox id=”info”]Docker does not have an option to list all the available image versions.[/stextbox]

Create with a docker Hub ID and search for Nginx image.

Detailed information about the Nginx image.

Let’s download the earlier and latest version of nginx.

To list the downloaded docker images use below command, we can notice all downloaded images in our previous steps.

Now time to launch a container from the downloaded images.

To launch the container without any options.

To identify the server with a unique name we can assign with one by using “–name” option while launching a container.

We have seen how to search, pull and launch a docker container from downloaded images. By following let see how to log in and expose the network of Docker containers, till then subscribe to our newsletter and stay up-to-date with docker articles.